San Diego's car audio and stereo systems are perfectly optimized for the cost and space. Car amplifiers, equalizers, and signal processors have been around for as long as automobile itself. They keep changing every year because sacrifices are necessary to improve the sound quality. Nowadays car stereos and speakers are available in premium packages, and they can be upgraded and tweaked any time.

The subject of car audio in San Diego seems complicated at first, but there are only three major components in a car audio system. They are Head units, speakers, and amplifiers. The head unit is like the brain that sends single, amplifiers boost signal strength, and speakers produce the sound for you. These components depend on each other, and the quality of sound depends on how they interact. 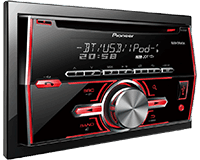 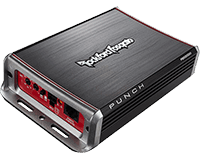 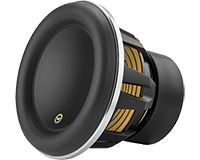 Previous Next
Head Unit of an Audio System
If you are interested in buying car audio system in San Diego, you should know what the head unit is. At the heart of every system, there is a component called head unit. Some people may call it a stereo or a radio, both terms are right, but they don't describe it adequately. The primary purpose of a head unit is to provide an audio signal.
Nowadays, head units have digital music, CD player, internet, and satellite radios. It acts as a brain and includes video functions as well. A modern head unit is capable of playing DVD and blue-ray, some of them have LCD screens. They are also capable of operating climate control, showing navigation data, and performing different operations.
San Diego’s best Car Amplifiers
It is the second most important component in a car audio system. The purpose of the head unit is to produce an audio signal, and amplifiers are used to increase the strength of signals. Without a good amplifier, the sound will be weak.
A simple car audio system in San Diego has only a head unit with four speakers, don't worry if an amplifier is not visible. Simple audio systems have power amp installed inside the head unit. Nowadays, people want small audio systems for trucks and cars, so manufacturers combine everything in a single component.
Car Audio System Speakers
Speakers are the final pieces of the puzzle. Usually, a car audio system has four, but people can customize their system. An amplifier sends the signal to a speaker, the electrical energy is converted, and then the speaker produces a sound.
Home audio systems have tweeters, woofers, and normal range speakers. But car audio systems have full range speakers. These days, manufacturers have combined woofers and tweeter so that you can enjoy premium quality sound.